For several years, the Classics a Day team has made Soviet composers the theme for May. This, of course, was inspired by May Day. For many, though, the terms “Soviet” and “Russian” have become conflated. Many composers active in the Soviet Era were actually from Armenia, Azerbaijan, Estonia, Latvia — and Ukraine. This year the team chose to make Ukrainian classical music the theme for May. The challenge is to post music from Ukrainian composers. Some were subjects of Imperial Russia. Others were citizens of the USSR. And some live in the independent nation of Ukraine.

In my research, I found two common threads running through the history of Ukrainian classical music. The first is that Ukrainian composers were proud of their heritage and expressed it through music. The second is that the Russian rulers, be they Czars or Commissars, continually sought to obliterate Ukrainian culture.

We celebrate what survives with this month’s theme. Here are my posts for the fourth and final week of #UkrainianClassics

Turkewich is considered Ukraine’s first female composer. Her music was frequently played before World War II. She emigrated to the UK in 1946. In response, Soviet authorities banned her music from publication or performance in Ukraine.

Stepovy founded the Ukraine State Vocal Quartet. He also published several collections of music for children. Most of his works were written for piano.

Vorobkevych made a deep study of Ukrainian music and literature, which informed his own compositions. He was also a poet and published several didactic music collections. Vorobkevych was also an Eastern Orthodox priest. Most of his 240 works are liturgical.

Statsenko was head of the Ministry of Education’s Music Section for the Ukrainian People’s Republic. The republic gained independence in 1917. At first, the USSR recognized the republic. But they soon withdrew it. Soviet troops overran the country in 1920 and ending Ukraine’s independence and forcing it to join the USSR. Stetsenko lost his position and died shortly after during a typhus outbreak.

Baley was born in Ukraine and has spent most of his professional life in the U.S. He wrote the score to the Ukrainian film “Swan Lake, The Zone,” and served as guest conductor for the Kyiv Camerata. 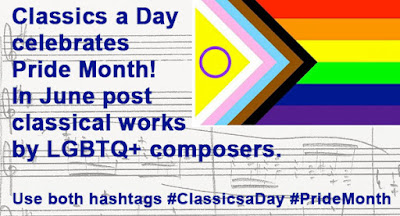