Kevin Burt – Stone Crazy (Gulf Coast): “For more than 25 years Kevin Burt has been electrifying audiences throughout the Midwest dispelling the myth that true blues has no roots in Iowa. His soul-inspired presentation is unique which consistently get him compared to a range of artists like Bill Withers and Aaron Neville, with the ability to build an audience rapport that has been compared to B.B. King. Kevin is a self-taught musician (vocals, harmonica, and guitar) whose smooth, warm vocal presentation sets a mood of relaxed exhilaration, with a welcome mixture of serious music and infectious humor audiences of all ages seem to enjoy. His voice and presence are powerful. His unique delivery ranges from the sweetest, fullest, juiciest come-on to the most playful growl. Though he performs between 325 and 400 shows a year, he holds nothing back night after night and audiences leave knowing that.” (http://kevinburtmusic.com/artist-bio.html) Burt’s voice and style certainly are reminiscent of B.B. King’s though it is clear that Burt is his own stylist. Backing musicians are Mike Zito (guitar), Lewis Stephens (piano, organ), Matthew Johnson (drums) and Doug Byrkit (bass). Click here to listen to a song from this disc.

Vanessa Collier – Heart On The Line (Phoenix Fire/Vanessa Collier): “My fourth CD, titled Heart On The Line, includes 11 songs, with 8 of my originals (lyrics and music all written by me) and 3 covers, James Brown’s Superbad, Randy Newman’s Leave Your Hat On, and a song covered by Bonnie Raitt, written by Maia Sharp and Liz Rose, I Don’t Want Anything To Change. This album is focused on songwriting and brings together my diverse inspirations and ideas and, on this album especially, more of my personality. There are stories of dealing with people that always need one more thing before they’re happy, stories about giving so much of yourself that you have to pull back sometimes, and stories about growing up and finding yourself. Similar to my previous records, the songs on Heart on the Line pay respect to the traditions and roots of blues music, but branch out with my own blend of rock, funk, gospel, NOLA, and soul grooves and, of course, my love of the saxophone. Each song is different and I hope you find a favorite (or two or three…)!!” (https://www.isrbx.net/3137817947-vanessa-collier-heart-on-the-line-2020.html) Collier’s sax playing has be solid from the outset and she does have a good voice which she is stylizing to broaden versatility. Her band includes Nick Stevens (drums, percussion), Laura Chavez (guitar), William Gorman (organ, piano, clavinet, Wurlitzier), with C.C. Ellis, Scot Sutherland and Cornell Williams alternating bass duties. Quinn Carson (trombone) and Doug Woolverton (trumpet) joining in on two songs. Click here to listen to the songs on this disc.

Jack Hadley – Daybreak In Alabama: The Langston Hughes Project (Boulder County Arts Alliance): “Jack Hadley was born in the Philippines to a Filipino mother and an African-American father. His father was in the military and the family was accustomed to moving from place to place. When they returned to America he spent his childhood in the Haight-Ashbury district of San Francisco. His mother bought him an acoustic guitar at the age of twelve because she wanted to keep him busy. The family moved to Denver, Colorado, where he learned to play music by ear, playing music by everyone from Hendrix to Dylan, unaware that he was learning the foundation of American music – the blues. Jack played in a number of bands, sharpening his guitar skills and discovering his vocal talent along the way. He began performing as a solo artist and played countless shows as a hired gun. In 2005 Jack decided to focus on writing and performing his original blues-based material with his own trio, The Jack Hadley Band. That same year he was playing at a local club when he was approached by blues veteran Otis Taylor who happened to be in the audience. For the next 18 months Jack was Taylor’s lead guitarist, playing at festivals and shows all over the U.S., Canada and the United Kingdom. He appears on Otis Taylor’s 2007 Telarc release “Definition Of A Circle” playing lead guitar and lap steel. Notable musicians on this recording include ex-Thin Lizzy axeman Gary Moore and blues harmonica legend Charlie Musselwhite…. (https://electricguitarblues.blogspot.com/2020/09/jack-hadley-daybreak-in-alabama.html) This release offers somewhat more traditional performances but is reminiscent of that style a degree. Hadley (lead & rhythm guitar, tenor guitar, vocals) is accompanied by Bill Rich (bass), Bill Larson (drums) and Rich Gibbins (jazz guitar). It’s a fascinating set and it is a certified Professor Bebop “Wax Devoid of Cracks”! Click here to listen to the opening song on this release.

Johnny Nicholas – Mistaken Identity (Valcour): “Although Johnny Nicholas’  career as an artist is well documented, his connection with South Louisiana music and culture and the influence it had on his storied musical career is not as well known. After finishing school, Johnny hit the road hitchhiking and hopping freight trains in search of the artists and music he loved. His pilgrimages led him to experiences and relationships with many  American music roots legends of the blues, western swing, honky-tonk music, and the melting pot for it all: South  Louisiana and Southeast Texas.This album is a  homecoming, bringing him back to the place where he cut his teeth and grew up musically on the prairies and bayou country of Southwest Louisiana in the ’70s. Nicholas is reflective and, at times, completely crazy, for example in “Tight Pants”! This cat covers all spots and this release is a certified  Professor Bebop “Wax Devoid of Cracks”! Click here to sample the songs on this disc.

TJ Read – TJ Read (Self-produced): TJ Read, nee Thomas Jefferson Read, offers solo acoustic takes on old titles like “If I Had Possession Over Judgment Day”, “Mean Old Frisco”, and acoustic versions of “I Just Want To Make Love To You” and “Got Love If You Want It”. Several songs include backup players on bass, drums, harp and keyboards with a couple of backing vocals. The performances are mostly front porch style – inviting and straightforward. I regret I am unable to find a sample from this release.

Sonny Green – Found! One Soul Singer (Little Village Foundation): “Robert “Sonny” Green was born in Monroe Louisiana in October, 1941. At the age of eighteen the vocalist was hired by saxophonist Big Jay McNeely who had a 1959 hit single “There is Something On Your Mind” sung by Little Sonny Warner. As Warner’s replacement Green was dubbed “Sonny” to make people think he was the original. Later, while on tour with Tyrone Davis, Green relocated to Texas, and then to Los Angeles.        In the late 1960’s and early 70’s Green recorded eight singles (a total of fifteen sides) for various labels, mostly those owned by producer Matt Hill. Hill’s biggest star was his brother Arzel, better known as Z.Z. Hill, but Green scored with 1969’s “It’s A Game”; 1971’s “If You Want Me To Keep On Loving You”; 1972’s “Don’t Write A Check With Your Mouth”, and 1974’s “I’m Just Your Man”. Throughout the years Green continued to perform. In 2014 Green shared a bill with his childhood friend and classmate Mighty Sam McClain as they were both featured performers at the 17th Blues Masters at The Crossroads concert presented by Blue Heaven Studios in Salina, Kansas. This is Green’s debut solo album produced, recorded, mixed and mastered by guitarist Kid Anderson at his Greaseland Studio. Rounding out the band are Jim Pugh, Hammond B-3; Chris Burns, piano and clavinet; Endre Tarczy, bass; and Ronnie Smith or “D’Mar” Martin, drums. The violins are played by Mariachi Mestizo. The horn section includes Mike Rinta, trombone; Mike Lewis, trumpet; and Aaron Lington, saxophones. Also guesting are saxophone soloists Terry Hanck and Gordon Beadle. Green… has been called “the greatest R n’ B talent you’ve never heard of”…! (https://www.makingascene.org/sonny-green-found-one-soul-singer/) This IS a certified Professor Bebop  “Wax Devoid of Cracks”! Click here to listen to an original release of “If You Want Me To Keep On Loving You” performed by Green in 1969. 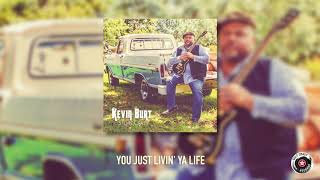